MANTICESS deliver music with wonderful melodies and thoughful lyrics!
MANTICESS are Susanne W. (Lupa) and Johannes S. (Jutze)!
MANTICESS are out to enchant your ears and capture your heart!

If you have any questions concerning MANTICESS, don't hesitate to contact us via email.

27th May 2016: We filmed some video clips to promote our new album. Check out the title track "Relentlessly" and the Opener "Johnny's Guitar"! (Jutze)


17th April 2016: Our new album "Relentlessly" will be released one week from now on April the 24th. It will contain 13 tracks with a total duration of 36:07 minutes. Here is the cover artwork along with the track list. (Jutze) 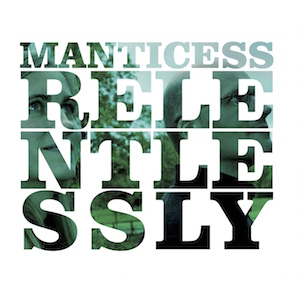 5th December 2015: The recordings for our upcoming album have been successfully completed. Hooray! In anticipation of the release, we've put some new band photos online. (Jutze)

1st January 2012: Here's our cover version of "Mr. Tom Furby-The Furby Catcher" (originally written by Joe 'Covenant' Lamb)! You can download it from manticess.bandcamp.com and watch the video below.(Jutze)

18th May 2011: We've just begun recording a bunch of new songs. Yay! The whole process will takes months, but every journey starts with a first step, right? Right now focus is on a couple of melodic tracks, "Juliet Again" and "Last Goodbye". We're also producing a bunch of older songs ("Silver Case", "Here Comes the Summer" and "Lost in Broken Memories"). And if we're still hungry, "To Smile Again" and a cover version might follow, eventually. I'm currently preparing the backing tracks for some drum recordings. (Jutze)

15th December 2010: Our new single "God Save the Writer" is out today! Check out manticess.bandcamp.com for details. You can also listen to the tracks right here:


1st May 2010: All our songs and lyrics are now available at manticess.bandcamp.com. You can listen to the songs online. If you like our music, you can download it there - for free or for whatever you think it is worth. (Jutze)

18th December 2009: Two quick reminders: 1. You can still find our song "After I Have Gone" in the current round of Song Fu! 2. Tonight we're playing a gig at the University of Konstanz (Room IBZ II).
For this year's Christmas we're sharing with you some of our songs - old ones and new ones. You can either download all four songs including an inlay (zip-file) or just check out the individual songs here:
Falling Stars
Hero
Bittersweet Goodbye
After I Have Gone
We hope you enjoy the music. Have a merry Christmas and happy new year! We are going to release a new single in 2010. We're also looking forward to offer or old (and new) material as digitial downloads. Love! (Jutze)

17th November 2009: Manticess are competing in the SongFu song writing contest over at QuickStopEntertainment.com! The current task was to write a song about on of John Hodgman's 700 Mole Men. We ended up with a song named "423. Red". We also made a little video and put it on YouTube for your entertainment! On the contest webpage you can download the song for free and actually vote for us. But I think it's more important to listen to the other entries first, discover some awesome new, original music, and then proceed to vote for your five favourite tunes. Have fun! (Jutze)